How can we be Silent?

A letter from Ervin Stutzman and Elizabeth Soto Albrecht

How can we be silent as we turn our eyes away and ignore the poor and broken who lie bleeding in the street? How can we be silent when we’re called to heal and serve in the image of Lord Jesus who has stopped to wash our feet? None can stop the Spirit burning now inside us. We will shape the future. We will not be silent!

“How can we be silent?” by Michael Mahler

Dear Brothers and Sisters in Christ:

Our hearts have been broken as we’ve watched racial tensions break out in violence on the streets of our nation, most recently in the cities of Ferguson, Missouri and Baltimore. Like a cauldron of hot water finally boiling over, the deep frustration of continued injustices against communities of color have spilled into the streets. Too often these communities suffer from joblessness, substandard housing, poor education and an unjust law enforcement system. Police brutality against black men is fueled by racism coupled with the increased militarization of the police force.

As a church called to grow as “communities of grace, joy and peace,” we must not ignore the systemic realities of racism in our country. Racism dehumanizes both people of color and white people. Even if we live in communities far from the troubles featured on the evening news, we must not turn our eyes away. It is an injustice when people are systemically afforded privileges or discriminated against simply because of the color of their skin. We thank God for churches across Mennonite Church USA and beyond who have worked shoulder-to-shoulder with community organizations for justice and peace in the face of violence.

God calls us as a church to repent of:

As disciples of Jesus Christ we are called to demonstrate God’s love to all whom God loves, regardless of the color of their skin. Let us pray that we may be faithful agents of God’s reconciliation in the world. We will not be silent…… 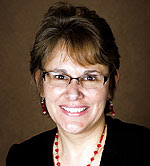